CBL has already attracted an investment of around half a million US dollars
– CBL Season 1 has Four Celebrity teams representing Kollywood, Mollywood, Sandalwood and Tollywood

Chennai, August 18th 2016: India’s First Celebrity Badminton League (CBL) – Season 1 was launched along with the four different teams. The start-up company “Celebrity Badminton league Pvt. Ltd.” attracted half a million dollars (3.3 crore INR) of investment within six months of its launch from J.P. Academy Pvt. Ltd., a company that looks at investing into such sporting events. Each team owner is responsible for a franchisee that represents the Kollywood, Mollywood, Sandalwood and Tollywood film industry. Each Franchisee has made an investment of around 2 Crore INR, that includes Franchise Fee, Celebrity costs and Event management expenses. The total cost of hosting the celebrity league spanning the four states, with the finals to be played at Kuala Lumpur (Malaysia) would exceed a sum of 15 crore INR.

Speaking at the launch, Mr. Hemachandran, Founder & CEO of CBL said, “Having been an integral part of the Chennai Angel Investors and Indian Angel Network, I could quickly evaluate and recognise that the sports and entertainment industries have been the biggest money spinners over the last few decades. I believe that a multiplier effect kicks in when we present a combined avatar of both these elements in a power packed sporting league model. At least 80% of the celebrities play badminton as a recreational sport to keep fit and even as we announced our intentions to launch the league, we received immediate representation from the four team owners and celebrity players to participate in this format. The format allows the team owner to collect 15% from the central revenue generated by CBL, apart from acquiring individual team sponsorships to subsidise the cost of purchasing the team. The team owner will in turn bear the franchise fee, local promotion cost, event management, logistics and the money that will be charged by the celebrities for participation.”

Mr. J. Praveen, Director of J.P. Academy Pvt Ltd, while commenting on the decision to invest in to CBL said, “The Celebrity Badminton League, unlike other celebrity leagues believes and propagates that the sport should be pursued in right earnestness while giving all the stakeholders a value for the money. So when the celebrities who are the biggest draw take the sport seriously and compete like professionals then it surely enhances the success quotient of the CBL tremendously. I am sure that the popularity of the first season will act as a shot in the arm for the next season that promises to be a game changer.”

CHENNAI ROCKERS is a Franchise owned by Venkatesh C.R at Celebrity Badminton League. Mr.Venkatesh is the Managing Director and Chief Executive Officer of DOT COM INFOWAY, ADATHA, GMASA and GALATA MEDIA. Actor Arya would be the captain of the Kollywood badminton team.

KERALA ROYALS is a Franchise owned by Ranjit Karunakaran at Celebrity Badminton League. Mr. Ranjit is the Chairman of EAK group of companies and has been associated with various other business enterprises like hospitality and steel export. Leading hero Jayaram would be the captain of the Mollywood team.

KARNATAKA ALPS is a Franchise owned by Justin and co-owned by Sanghavi at Celebrity Badminton League. Mr. Justin is the founder of Alpha Digitech and an advisory member in the Board of Directors of GMASA and Mobilogi, a Malaysian company. Ms. Sanghavi is an Indian film actress and model, known for her work in Tamil cinema, Kannada cinema, and Telugu cinema. She has starred in over 95 feature films over a span of 22 years. They are bringing on board the finest talent from Sandalwood with Mr. Diganth as the team captain.

TOLLYWOOD THUNDERS is a Franchise owned by Krishnathma Modigapalli at Celebrity Badminton League. Krishnathma is the founder of Pebblestone Entertainment a full service company specializing in Celebrity Weddings & Corporate patrons. They are bringing on board the finest talent from Tollywood with Sudheer Babu captaining the team.

Addressing the media Mr. Raghuram, Director – CBL also added “Badminton is the second most played sport in India after cricket and our efforts are to popularize the game even further. Saina and Sindhu who wear national colours have been standout performers in recent times inspiring youngsters and celebrities to take up this sport passionately. The league format helps the celebrities bring out another facet of their personality which also helps them keep their brand alive. The celebrities are taking the league and matches at CBL seriously, and have taken time out of their busy schedules to train regularly and I’m sure you will see the results on court. And unlike any other league, CBL takes pride in ensuring gender equality in the sport, as women aren’t mere spectators; they are players!”
The Celebrity Badminton League (CBL) is bringing together the entire South Indian film industry in its very first season, and has all indications of becoming a national league by the next edition. The finals will be in Kuala Lumpur and given the popularity of Southern cinema there, CBL is sure to witness large number of fans cheering their favourite stars.

About Celebrity Badminton League (CBL):
CBL is a professionally managed sporting league that provides an innovative, entertaining and high-quality league platform for celebrities to exhibit their badminton abilities and deliver value for fans, partners and professional players. CBL aspires to identify and nurture aspirants to become professional players. CBL is governed and guided by a reputed council comprising industry captains, opinion leaders and venture capital investors who aim to bring two of the biggest money spinners namely the entertainment and sporting Industry together, making it a national event with value accretion to all stakeholders. 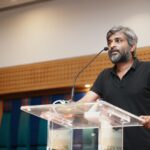 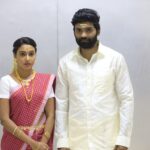 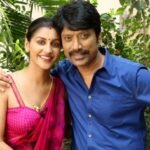 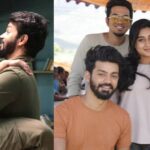 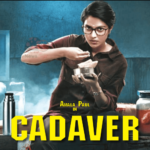 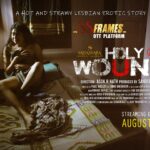 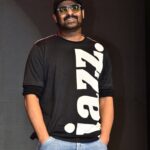 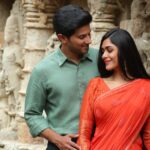