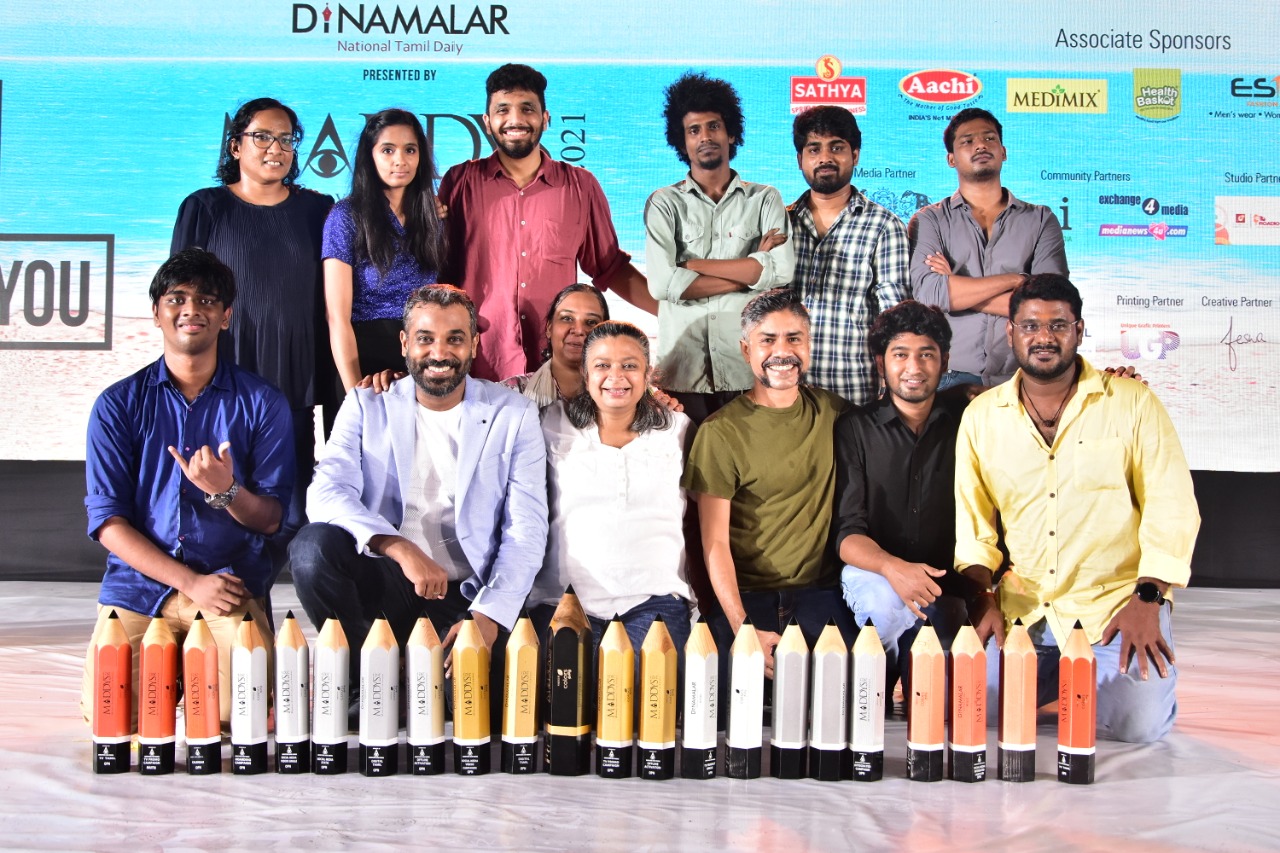 The pandemic has been a highly challenging period yet has been high on creativity. The city’s brightest creative minds vied with each other to make it to the top bracket. Brilliant campaigns were showcased and the vibrant audience cheered their peers on. OPN Advertising has been crowned the ‘Creative Agency of the year’ and has won for the third time in a row making it a hat trick of sorts. TV 18 was the winner of ‘Media Agency of the year’. An interesting trend seen this year was the great influx of entries in the digital media space which showed a shift towards it as a preferred medium.

The MADDY is an annual event that celebrates exceptional ideas and excellence and is also a source of inspiration to raise the benchmark.

The Advertising Club Madras has been the fulcrum around which the advertising and marketing fraternity events in the city are woven. This body encourages creative talent not just through awards but also helps advertising professionals upskill, collaborate and network through a host of events, workshops, and also training programs.