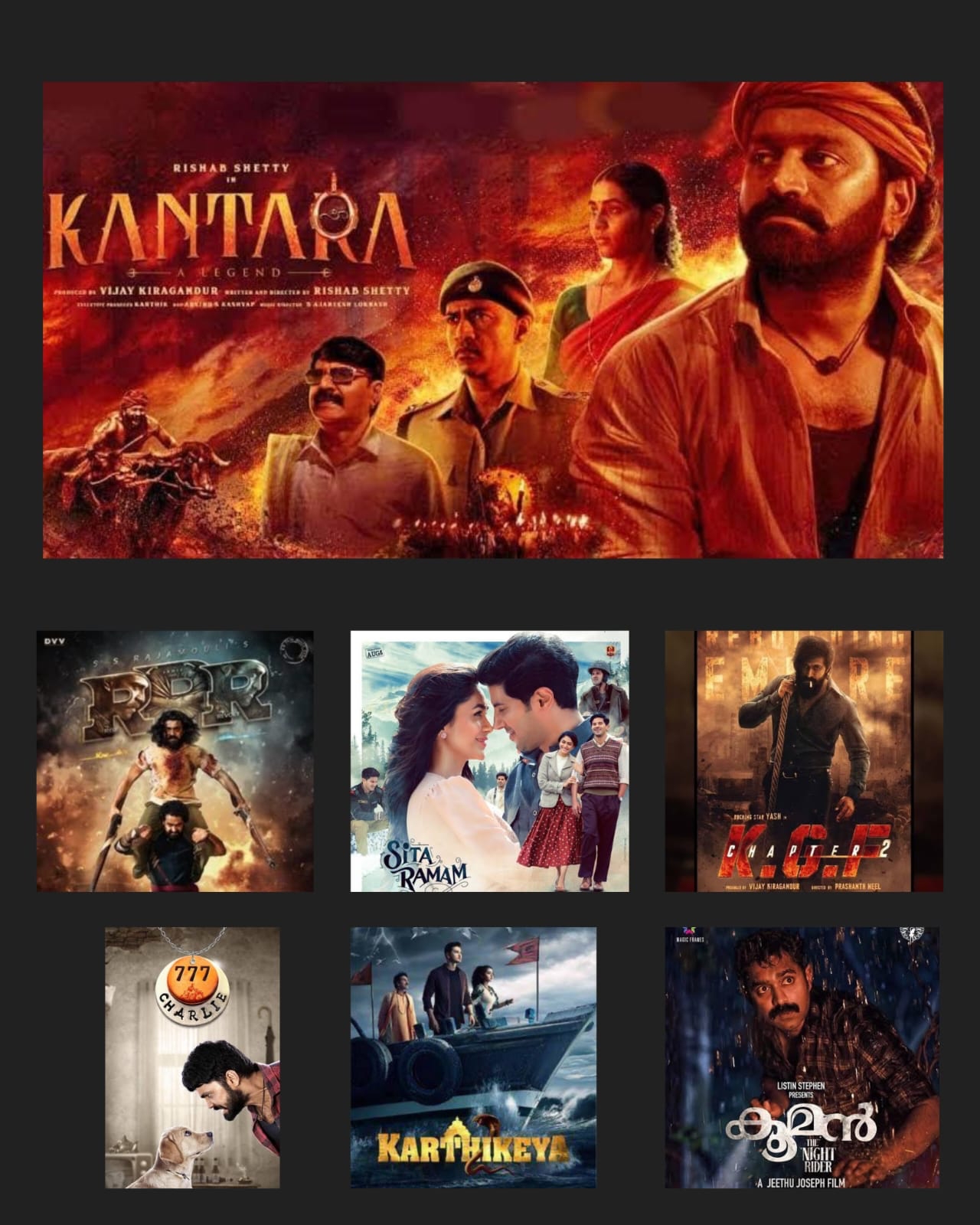 The year 2022 has been the most incredible year for the entertainment industry, with theatres coming back in action and people enjoying films on the big screen. With regional films releasing in theatres has not only led it to break the language barriers but has also made it become content king for the audiences. After the theatrical success with raking numbers at the box office, the films also received immense appreciation after they were released on the OTT platform that reached a wider audience across the world. Here are the top 7 regional films that ruled the Indian film industry this year. 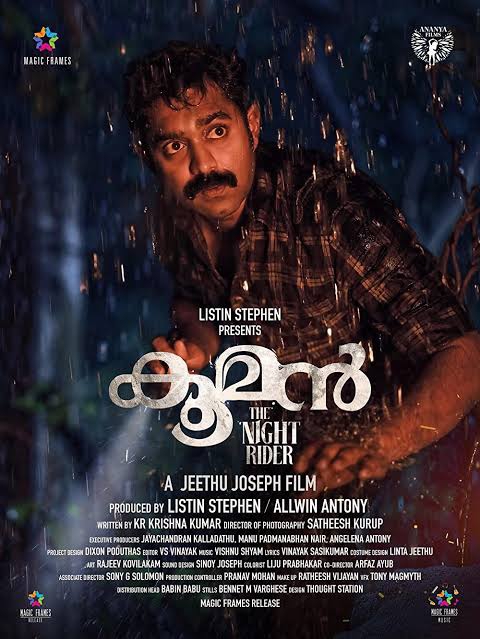 *Kooman: The Night Rider*
Kooman: The Night Rider is a 2022 Malayalam mystery thriller starring Asif Ali, Hannah Reji Koshy, and Karate Karthi in the lead roles. Directed by Jeethu Joseph the film is a masterpiece thriller with an unexpected dark side that kept the audiences entertained. Asif Ali essays the role of a cop whose anger against a super police officer turns vengeful but at the same time the actor plays it so creatively that it has made the film more exciting to the audience. The film is streaming on Prime Video.

*RRR*
Magnum opus RRR is a 2022 Telugu epic action drama film and was dubbed in Hindi, Tamil, Malayalam, and Kannada. The film is directed by the visionary director S.S. Rajamouli, starring a power packed cast in pivotal roles such as Ram Charan and N. T. Rama Rao Jr. RRR is the Indian film that broke all the records set in the Indian film industry globally. It is in the list of highest-grossing Indian films that earned more than 1000 crores at the box office worldwide. Well-known directors like Scott Derrickson and James Gunn also praised the film. Not only this, Naatu Naatu song was shortlisted for Oscars 2023 and it is the first Indian song to receive this recognition. The film is streaming on Disney+ Hotstar. 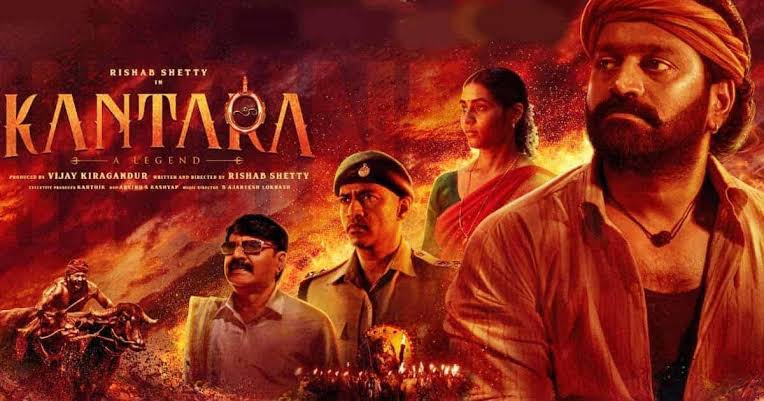 A 2022 Kannada action thriller film Kantara is directed, acted and penned by Rishab Shetty. The multi-faceted actor essayed the role of a Kambala champion who is pitted against an upright forest officer Murali played by Kishore. The film raked with success, earning more than 400 crores at the box-office worldwide. From Superstar Rajinikanth, Kamal Haasan, Prabhas, Hrithik Roshan, Allu Arjun Dhanush, to actress Anushka Shetty, to name a few heaped praises on the incredible performance and unique storyline presented by Risab Shetty. You can check out this amazing film on Prime Video. 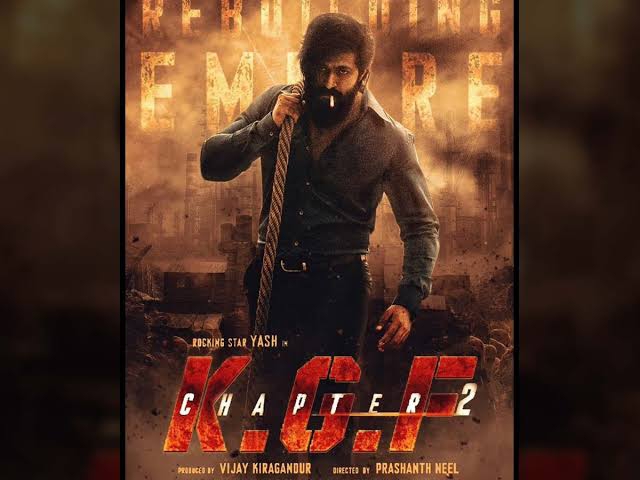 *K.G.F: Chapter 2*
Blockbuster hit K.G.F: Chapter 2 is a 2022 Kannada period action film written and directed by Prashanth Neel. Along with Kannada, the film was dubbed in multiple languages such as Telugu, Tamil, Malayalam, and Hindi and minted more than 1,250 crores globally. Roared with success, Yash fans went gaga over his look of Rocky. Toofan was the first song that became India’s most viewed lyrical video with 38 million views. Not only this, the reveal of the characters also created much buzz amongst the audience. A typical 70s masala film, K.G.F: Chapter 2, got fans roaring and dancing in theatres. The film continued to receive love and appreciation post its digital release. The film is currently streaming on Prime Video, so you can go check it out there. 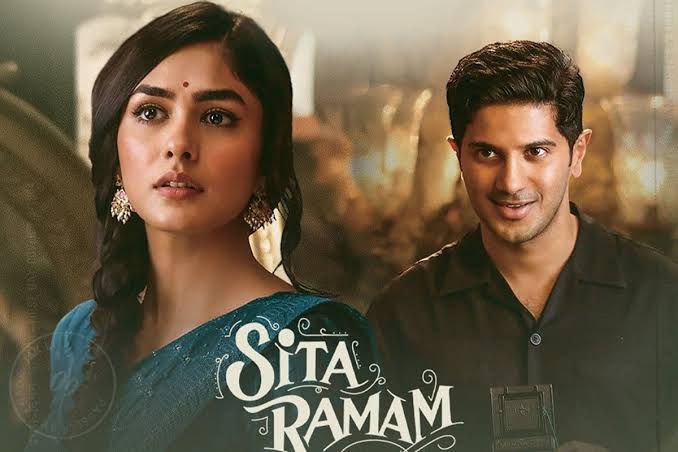 *Sita Ramam*
Sita Ramam is a poetic and touching love story that captures the romance of the 1960s and 1970s in Indian cinema. The film is directed by Hanu Raghavapudi and stars Dulquer Salmaan, Mrunal Thakur, and Rashmika Mandanna in the lead roles. The film was a critical success, grossing more than 91.4 crore at the box office. The film set in the cultural decade is still loved in the 21st century due to its heart-touching storyline. If you want to know more about this film, watch it on Prime Video. 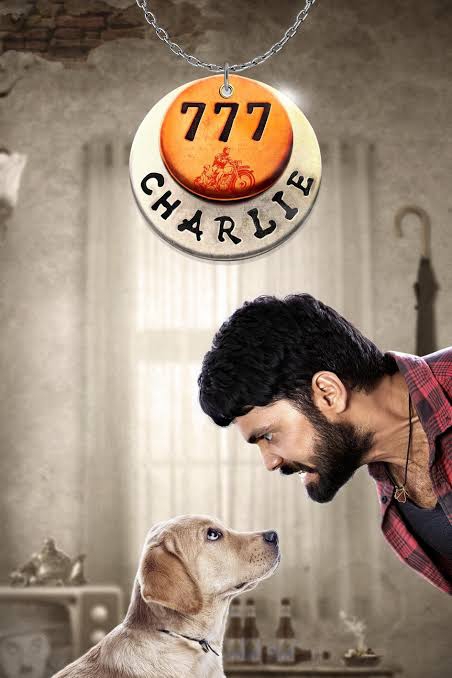 *777 Charlie*
A Kannada adventure comedy drama film, 777 Charlie is written and directed by Kiranraj K. The story revolves around a dog and its journey changing the lives of the people around. The chemistry between the characters, especially with the lead actor Rakshit Shetty won immense appreciation from the audience and critics. To witness the bond between the two, watch 777 Charlie only on Prime Video.

*Karthikeya 2*
Karthikeya 2 is a 2022 Telugu mystery, thriller, action-adventure film written and directed by Chandoo Mondeti. The film narrates the story of a doctor who believes in science and logic. The doctor is suspended for slapping a Mayor, who had attempted to perform a Yagna in the ICU for his son. The film received immense appreciation from the audiences and the critics and it was a pan India release. This intense and interesting film is streaming on Zee5.